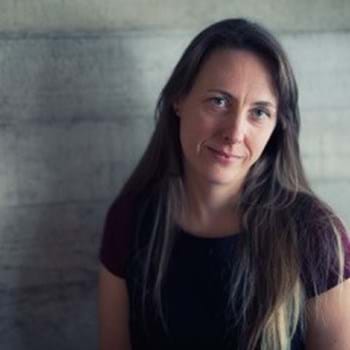 Founder of the content design movement, Sarah pioneered the standards during her 10-year career with the UK government. As head of content design for the Government Digital Service (GDS), Sarah created and implemented the content strategy for the GOV.UK website.

After leaving GDS, Sarah took her knowledge and wrote the respected and highly popular Content Design – a book for anyone creating user-centred content. She also launched Content Design London to provide training and consultation in content strategy and content design for governments, charities and organisations in the UK and worldwide.

Sarah is also a respected and in-demand speaker and shares her expertise to audiences at conferences, meet-ups and events globally.

Some organisations see accessibility as a tick-box exercise; a 'problem' that can be 'fixed' with code. But not all impairments are so easy to 'fix'. Not all accessibility considerations are because of an impairment.

Sarah Richards will tell us how she sees accessible content, how it can affect usability and she'll share some techniques to try with tricky stakeholders.

This is put out by the Government a little while ago, preparing your business for the EU exit, they cannot call it Brexit, apparently.  The opening part that takes up the whole screen is an image.  I want you to remember that I haven't changed the resolution, the screen size, anything, on any of the screen grabs I'm going to show you today, it is exactly the same settings all the way through.

SARAH: Do you come from Surrey?

SARAH: If you don't like bugs or insects or anything look down now, I will tell you when you can look up.  This is a cheesy bob, it is a woodlouse, basically.  It is a wood louse.  You can look up if you were looking down.  I come from Guildford, a small town in Surrey.  We call them cheesy bobs.  There is a town that is like 20 miles away and they have never heard of this.  I was 34 before I didn't know that was called a cheesy bob.  The guy in front of me is laughing his arse off - we are not together... Any more! Laugh at me.

But I will say three words to you, put three words on the screen and I want you to put up your hand if you know the brand I'm talking about, ready "just do it".  Oh, you do?  Oh, this is interesting.  And such a surprise!  So "just do it" is in your common vocabulary text, the average learner in this country has 5,000 terms in their primary set, 10,000 in secondary set, about 15,000 terms, that makes up to, up to 80% of your language that you use on a day-to-day basis.

That is in there. They hung a whole campaign off that. The creative that sits behind that line can change every five minutes and can be extremely creative.  But it only hangs off three words.  This is arguably, and people do argue about it a lot as far as I can see, this is arguably the most successful advertising campaign in the world, in history, from 1959 by an agency called DDB.  About telling Volkswagen Beetles to people in America, because Americans have massive cars and they were like - this one is a bit small, what is this?  They hung that whole campaign off of two words "think small".  Now, some of those words down the bottom won't be in the 15,000 terms but everything around them is.  It is not about individual little terms; it is about how you're communicating.  Extremely creative, extremely successful, whether it is THE successful or not doesn't matter, extremely successful campaign.  People come to me, saying being clear, being accessible is boring, I would push them to most of the extremely successful campaigns in the world and you will find accessible language.  Fast forward to here then, 2015, there was Like a Girl campaign launched at the Superbowl, it is about how females are perceived.  So, if you were to ask a little girl how a girl runs, she would go like this.  And if you say to a woman how do you run... They will start running like Penelope Pitstop.  It is our perception, it went viral, millions of views all over the world.  Note on hashtags if you put up caps for individual words, it is easier to read.  But you don't need all this formatting or funny little tricks to stand out.  As a content person you can change your sentence length.  It is a very simple trick.  We know that people need sort of like 14 to 29 words really pushing it but you want a sentence that is kind of 14 to maybe 20-words long, to get people to make it inclusive.  What you can do, is have a 20-word sentence a five-word sentence and a 20-word sentence afterwards.  What happens is it absolutely breaks the rhythm you are looking for.  Again, if you have kids or if you remember back to your childhood stories, when your parents read it to you, if they were reading it at the right speed and not trying to get to the end so you will go to sleep, if they were reading it properly to you, you would have a rhythm.  Your brain looks for that rhythm.  It wants that rhythm.  And if you break that, your brain freaks out and does aggressive read and it'll go back up.  Now this is great if you have one thing on a page that you really want to pull out, that you don't want to use bold, we don't use that, it makes people's eyes dance around, don't use italics, if you don't want to use that, you can break that rhythm.  However, do it carefully.  I would definitely only do it once on a page, probably and test T what is happening is, you are breaking that rhythm and people will stop dead for that.  You need to be careful with it.  But it is a good technique to use.

We know designers bang on about white space all the time. So do content people. The more white they see, the more they think it isn't going to be complicated. You have loads of headings op a page telling a story. You have shorter sentences, so it is more inclusive with people with visual impairments for people who can't be bothered to hold the front of a sentence while you get to the point and you use lots of space and lots of shapes with your bullet points, to pull the eye down a page and just make it easier for them to understand. What we would say is that struggling is not success. People spent a long time on the page. Yes, couldn't get through it, that's why. It's not good metric. When we do this, we might talk to our organizations and it's not easy to get them to move away from language that they have been using 20, 30, 40 years. I get that, but the conversation can be creaked open if you find it relevant for them. So, just in case you are in an   organisation that finds some of these things difficult, I would say find a relevant pain, something that is relevant to them. If I know a client quite well, I might say "you know that ski accident you had, remember how painful that was, put that in your hands, put it hyped your eyes", if not I use migraines, I get vertigo, I my vision goes blurry, most people know somebody who has migraines and they know it's not a posh word for a headache. I would get them to feel a pain, actually understand one and say, right, imagine that wherever. Then I would put their content on a very small screen, so I have a big phone, I will pick out a small one from somebody. And if they have got the matte cover on, it rip that off, if you are not scared of being fired, if you are working with horrible people don't do that, but you can put a glare on the screen, it is amazing what that does, people will go, oh, they will move it, and you say keep at that still, because I still need you to get to your content without you doing that. Then add a distraction. Google did a study, 67% of the time on one device other on another one. When you are watching the Bake Off and tweeting about it at the same time, so is everybody else. Again, when I am in an office, it depends on how much shame or dignity you have to be brutally honest. I will go up to people's ears and say something, in their ears to just distract them a little bit, because that is how life works, for a lot of people. Not always, but for a lot of people. Then lastly, imagine that your hands hurt. Get them to put on the glasses, there's glasses as well which are really good. Get them to do those things and then say, now use your content. Now tell me why you need jargon on the page. It is always best to go to a usability lab, with disabled people, test, do the videos, share it with your organisation, it is. But a lot of organisations won't do this, they don't put value on it and won't put money into it. If you have that environment, brilliant, go, fabulous, can you please share all your results so we can all use them, but if you can't you can start to use some of these techniques. What we would say is that accessibility is far more than just colour contrast and screen readers. Just shortening up your sentences can open your content to a really wide audience and you won't lose people who are terribly ‑ they will just skip through it faster; they will be fine. You won't lose them by communicating well. What we would say is that it's not dumbing down, it's opening up. Thank you. (Applause)

Democracy is a Design Problem

Beyond the UX Tipping Point

The Death of Intent

The experience of care

How Accessibility can improve UX for everyone