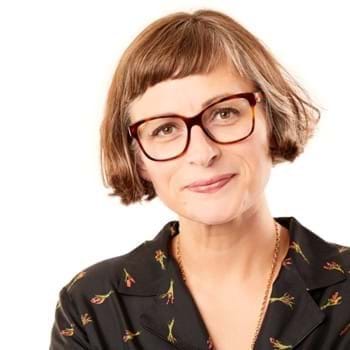 Rachel Coldicutt is an expert on the social impact of new and emerging technologies. She was previously CEO of responsible technology think tank Doteveryone. Here, she led an influential and ground-breaking programme researching how technology is changing society, and developed practical tools for responsible innovation.

Prior to that, Rachel spent almost 20 years working at the cutting edge of new technology for companies including the BBC, Microsoft, BT, and Channel 4, and was a pioneer in the digital art world.

Rachel was recognised as one of 50 Most Influential People in UK Technology in 2019, and was awarded an OBE for services to the digital society.

She is an advisor, board member and trustee for a number of companies and charities, and is currently writing a book about the impact of climate crisis and the fourth industrial revolution on gender equality.

We are all technologists now!

Rachel will come along with a challenge for our audience, and to help us think about how technology could be better for people and the planet.

We are all technologists now!

A Human-Centred Future Of Work

Death And Other Difficult Words

Design imperatives at Department for Education

A Human-Centred Future Of Work